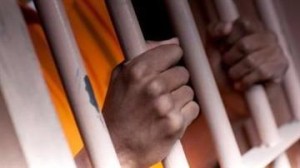 NYLON – The New York State Corrections Officers and Police Benevolent Association is calling for better staffing and equipment at state prisons in light of recent violence at Elmira and Wyoming Correctional Facilities.

According to a press release from the New York State Correctional Officers and Police Benevolent Association, a large inmate fight in the recreation room of one of the dormitories at Wyoming left three inmates with puncture wounds and several other inmates with lacerations on Sunday. One week ago, Elmira Correctional Facility was locked down after a string of violent incidents left inmates and officers injured.

“We are extremely lucky that no staff was injured during this incident based on the number of inmates involved,” said Joe Miano, Western Region Vice President. “This is a prime example of how quickly a fight can escalate and the type of injuries that can occur when inmates have makeshift weapons at their disposal. It clearly depicts how violent our prisons currently are, especially following the lockdown of Elmira last week. Without adequate staffing and equipment to combat the violence, the number of assaults will continue to soar.”

The fight at Wyoming broke out at approximately 12:40 a.m. A corrections officer assigned to the dorm witnessed the fight and called for assistance. Once additional staff arrived on scene, the inmates began to separate.

10 inmates were identified as participating in the fight. Officers placed the inmates in restraints as they investigated what occurred and assessed the level of injuries.

One inmate sustained two puncture wounds to his back, a five-inch laceration to the left side of his neck and two lacerations to his face. He was transported to Wyoming County Community Hospital for treatment.

A second inmate sustained puncture wounds to his back and right side. He was also transferred to Wyoming County Community Hospital for treatment.

A third inmate sustained two minor puncture wounds to his abdomen and left forearm. He was treated by the facility medical staff.

Five inmates sustained minor lacerations and abrasions. They were all treated by facility medical staff.

The remaining two inmates who were allegedly involved were not injured.

No staff members were injured during the fight.

After the fight, three inmates were placed in the special housing unit at Wyoming Correctional and seven others were transferred to Attica Correctional Facility.

All of the inmates involved face disciplinary hearings.