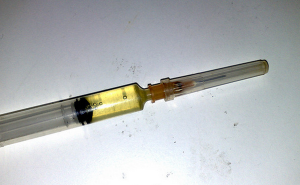 NYLON – The New York State Senate has approved a package of bills that would radically change the law pertaining to opioid drugs, including heroin, in New York State.

The epidemic has hurt many families in Livingston County with increased opioid overdoses, some of which have been fatal. SUNY Geneseo student Alex Davis died as a result of such an overdose in 2014. The Livingston County Sheriff’s Office and local police departments continue to arrest increasing numbers of people with heroin and unprescribed opioid pills on local roads and revive overdosing people with the antidote drug Narcan.

“Heroin’s devastating impact on our area can be seen on the faces of so many local families,” said Sen. Young. “Each day we see the tragic consequences of heroin played out in our hospital emergency rooms, funeral homes, courtrooms and newspapers. Unfortunately, the story is far from over and action must be taken to stem the tide. If we are truly going to put an end to the destruction heroin is wreaking in our communities, we all need to work together.”

The 22 bills are organized into categories that take on prevention, treatment, recovery, and enforcement.

· Senate Bill 6091B – Limits an initial prescription of a Schedule II and III controlled substance to treat acute pain to a five day supply, reducing the excess volume of pills on the street and providing better continuity of care.

· Senate Bill 4348A – Creates a continuing medical education program, with standards set by the Department of Health (DOH) and the State Education Department (SED), which would be completed by prescribers prior to renewal of registration. The three hour course would include information on I-STOP requirements, pain management, appropriate prescribing, acute pain management, palliative medicine, addiction screening and treatment, and end-of-life care;

· Senate Bill 6962 – Enhances patient access to abuse-deterrent technology for opioids by prohibiting insurers from disadvantaging drugs approved by the FDA as abuse-deterrent.

· Senate Bill 7315 – Directs OASAS to create an instruction guide that will be included in every opioid prescription dispensed, highlighting: the risks of using such controlled substances; the physical, behavioral and advanced warning signs of addiction to such substances; the HOPELINE telephone contact number and text number (HOPENY) operated by OASAS; the procedures for safe disposal of drugs; and any other information the commissioner deems necessary. The bill also requires the information also be provided to patients administered opioids in a hospital setting, and requires acknowledgment of receipt of the information in the patient’s discharge plan.

· Senate Bill 5546A – Requires the state to promulgate instructional information regarding mental health, to be added to curriculum for junior and senior high school students, thus reducing the stigmas associated with mental illness.

· Senate Bill 7365 – Requires health care practitioners to consult with a patient regarding the quantity of an opioid prescription and inform patients of the risks associated with taking an opiate medication.

· Senate Bill 7317A – Removes barriers to obtain medication assisted treatment (MAT), by prohibiting providers from requiring prior authorization when dispensing of certain drugs for the treatment of opioid addiction.

· Senate Bill 631 – Allows a court to order assisted outpatient treatment (AOT) for individuals with substance abuse disorders who pose a threat to themselves or others.

‘Under recovery:’
· Senate Bill 7446 – Expands the State’s RFP process to include for-profit providers as groups able to apply for state contracts through OASAS. This will allow a greater number of groups to apply to provide treatment services, allowing a greater number of individuals to enter treatment.

Under ‘enforcement:’
· Senate Bill 100 – Allows for someone to be charged with the crime of Intent to Sell if they possessed 50 or more packages of a Schedule I opium derivative, or possessed $300 or more worth of such drugs.

· Senate Bill 4177 – Reduces the number of persons involved and charged as part of a drug organization from four to three and lowers the minimum proceeds from the sale of controlled substances to reflect the low street price of heroin.

· Senate Bill 7200 – Creates “Drug-Free Zones” around drug or alcohol treatment centers and methadone clinics with increased penalties for dealers who prey on recovering addicts, to increase individuals’ likelihood for recovery.

· Senate Bill 6317 – Revises eligibility requirements to increase judicial access to juvenile records to ensure that judges are able to unseal records when evaluating whether defendants should be placed in a judicial diversion program.

· Senate Bill 7397 – Incorporates Xylazine, a veterinary sedative which has been found mixed into heroin, as a Schedule III controlled substance.

· Senate Bill 4163 – Holds drug dealers accountable for the lives lost as a result of their activities by creating an A-I felony for the unlawful transportation or sale of an opioid controlled substance that causes the death of another person.

In all, the state has invested $166 million to fight the opioid epidemic. The state budget, which passed April 1, allocated $141.1 million to the NYS Office of Alcohol and Substance Abuse Services (OASAS) for various heroin and opioid programs and allocated $25 million in new funding for prevention, treatment and recovery services.

“There is no singular law that will solve the heroin and opioid crisis. But, by taking a comprehensive approach we can make progress toward real solutions and this is another major step forward,” said Sen. Young.