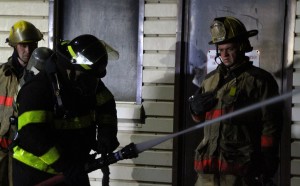 NYLON —  The New York State Senate passed a bill that would amend the Volunteer Firefighters’ Benefit Law to incorporate certain types of cancers into existing medical coverage for volunteer firefighters.

According to a press release from Senator Catherine Young, the bill recognizes that overexposure to smoke and toxic fumes increase all firefighters’ risk contracting certain types of cancers. The bill will now go to the NYS Assembly for consideration.

“Volunteers fight the same fires as paid firefighters and they take the same risks, so it is only right that they are provided with the same insurance coverage,” Senator Young said. “Since a greater number of firefighters are being diagnosed with cancer, and medical studies continue to conclude that firefighters are at a significantly higher risk for many types of cancer, this legislation will provide them the medical coverage they need to address health issues that may result from their selfless service.”

If enacted, the bill would provide cancer coverage to an estimated 100,000 volunteer firefighters by expanding eligibility for certain types of temporary and permanent disability benefits. Under current law, volunteer firefighters and volunteer ambulance workers are eligible for certain weekly cash benefits and medical care if their injury or illness occurs in the line of duty. The new bill adds to the existing list of types of cancers that could result from service as a volunteer first responder.

Additionally, in recognition of the role the departments play in keeping the community safe, the senate secured $250,000 in the budget to help the Firemen’s Association of the State of New York (FASNY) fulfill its mission of recruiting new volunteer firefighters.

“Area departments are always looking for new members, and the RecruitNY program provides residents the opportunity to learn what it takes to be a volunteer first responder and the benefits volunteering holds,” said Senator Young.

According to a report released earlier this year by FASNY, New Yorkers save an estimated $3.8 billion each year due to the services provided by the state’s volunteer fire departments. FASNY’s study also concluded that if the state switched to an all-paid fire service, an additional 30,822 firefighters would need to be hired and more than 1,300 stations would have to be built new or reconstructed.

This year’s RecruitNY weekend is April 23 and 24. You can find area departments participating here.