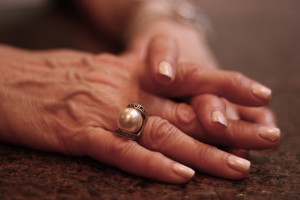 NYLON – The New York State Senate has passed a bill to make it easier for victims of elder abuse to provide testimony in criminal proceedings against their abusers.

According to a press release from Senator Patrick Gallivan, the bill, if signed into law, would allow witnesses age 75 or older to be examined conditionally in order to preserve their testimony for future use in criminal court proceedings.

“We have a responsibility to protect our senior citizens,” Gallivan said. “Elder abuse, whether physical, psychological or financial, is on the rise as our senior population continues to grow. This legislation helps ensure those who abuse and exploit the elderly are held accountable and do not go unpunished.”

The bill would allow recorded testimony from elderly witnesses to be used as evidence at a later date in a criminal proceeding. Under current law, victims can only be examined conditionally, or record their testimony before a trial begins, if they suffer from a demonstrable physical illness or incapacity. Unfortunately, some complaining witnesses who appear healthy at the outset of an investigation pass away before the trial begins.

Sen. Gallivan said that in a case prosecuted a few years ago, a man in his 90’s, said to be in good health for his age, was the victim of theft by his long-time home aide. He passed away after the aide’s arrest but before the case was presented to a Grand Jury. The case was prosecuted, but would have been improvable if the aide had not confessed.

“Offenders should not be able to game the system by delaying legal proceedings in the hope that an elderly witness will pass away before trial,” Gallivan said.

A conditional examination would preserve the testimony of witnesses who are of advanced age.

The bills have been sent to the NYS Assembly for review and consideration.