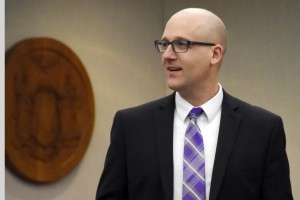 According to a press release from Livingston County, they are the recipients of four large awards through the 2016 New York State Regional Economic Development Council Awards announced on Dec. 8. The money will go towards: the County’s Brew IN Livingston initiative; a County-wide public market study; the Livonia Gateway Agribusiness Park; and wastewater system improvements for the Town of Springwater.

“The FLREDC as a whole was successful in obtaining a substantial grant allocation for the region, and Livingston County is thrilled with the resulting awards for in-county projects,” said County Administrator Ian Coyle. “The Gateway Park money in particular will be crucial to strengthening and positioning this agribusiness and distribution center-friendly site for development opportunities. We are also excited about the very popular Brew In Livingston program, which has skyrocketing interest since initial concept inception, substantiating the County’s investment of time and grant-seeking resources into making a craft beer trail a reality. Springwater’s infrastructure money is a timely injection of needed resources for an important Town project. Finally, the planning funds for the Public Market are just the type of seed-planting resources needed to study and hopefully spur a destination public market in Livingston County.”

$185,000 for the Livingston County Microenterprise Program. Funds will be used to promote the Brew IN Livingston initiative- business plan competition with the goal of creating a craft brewery trail in Livingston County. This grant is awarded through the NYS Office of Housing and Community Renewal.

$15,000 for a County-Wide Public Market Study. Funds will be used to create a feasibility study for a public market facility to be located within Livingston County with the purpose of supporting the local agricultural and food industry. Funding for this grant is awarded through Empire State Development.

$2.3 Million for development of the Livonia Gateway Agribusiness Park. Funds will be used in The Gateway Project for the creation of an agribusiness park in the Town of Livonia. Infrastructure work will include a new access roadway, a bridge, water and sanitary sewer. Funds for this award come from Empire State Development.

$1 Million for Town of Springwater Wastewater System Improvements. Funds will be used to improve the physical infrastructure of the municipal sanitary sewer collection and treatment system. This allocation comes from the Office of Housing and Community Renewal.