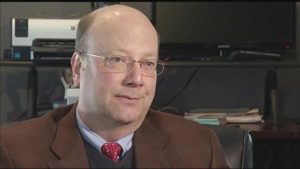 According to our news partners News10NBC, police officers were called to the Riverside Cemetery on Lake Avenue in Rochester Friday morning for reports of shots fired.

News10NBC is told that Nojay was supposed to turn himself in on Friday for fraud charges.

Nojay was elected to the 133rd Assembly District in 2012. His district includes Livingston County, the towns of Pittsford, Mendon, Wheatland and Rush in Monroe County as well as the towns of Prattsburgh, Cohocton, Wayland, Dansville, Hornellsville and the City of Hornell in Steuben County.

Nojay was married with three children.