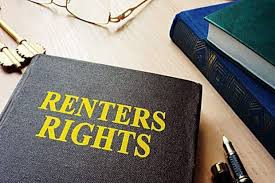 A move by some Westchester, NY, landlords to overturn in federal court Governor Andrew Cuomo’s executive order of March 2020 that bans eviction during the pandemic crisis, was dismissed in federal court September 9, 2020. The New York landlords were objecting to the Cuomo moratoriums on eviction, for any reason, as violating their rights and depriving them of income. They were objecting under the Due Process laws and “takings” clause of the Constitution. The landlords also sought to block the collection of property taxes they owed, but that motion failed in court as well. Cuomo had instituted the ban to slow homelessness, if people who lost jobs couldn’t pay the rent. At first, Cuomo instituted his moratorium for a few months, but then he extended it to August, and then to October, causing much consternation among New York landlords who wanted to evict for nonpayment or other issues with tenants.

Westchester County landlords lost hope that their case in federal court would be successful when, on Sept. 2, 2020, President Donald Trump chose to set a moratorium on all evictions in the United States until after election (now extended to Dec. 31, 2020), for people who had lost jobs and might not be able to pay rent. The eviction moratorium would not only abate homelessness in the United States, but could also allow tenants to put off paying rent and spend their government aid and stimulus checks on other things, fanning the economy until election. Under pressure to do something about people unable to pay rent, but an end coming to the stimulus checks and other aid, Trump seized on the opportunity to use his power under the Center for Disease control to declare an emergency and issue the eviction moratorium.

The New York moratorium that was about to expire around Oct. 1  does not apply to evictions started before March 2020, although federal chief administrative judge Lawrence Marks has ordered  that no eviction notice cases could be handled before Oct. 1, and that is expected to be pushed back by federal executive order until after election. However, even if the New York moratorium ends in October, the federal moratorium continues the ban on evictions.

The moratorium on evictions does not excuse the tenants from their rent debt, but just “holds off” paying it. Landlords fear that, being owed thousands of dollars after months of unpaid rent, tenants will just move rather than pay it (even though the landlord can get a “probably uncollectible” judgment against the tenant, ruining their credit). But in the meantime, as rents don’t have to be paid, landlords are still responsible for costs such as property taxes, lawn care,  maintenance of the buildings, and mortgage payments. In New York, landlords could not evict from March to September, and now it appears they will not be able to evict from March to Dec. 2020, because of the combination of state and federal moratoriums.

Many New York landlords report that their tenants have continued to pay as negotiated in their signed leases, but worry that with a “no eviction” rule, they have no control over what renters do in the units, since they can’t even be evicted for damages, parties, noise, or other lease violations. No court can hear the eviction.

Because of the downturn in the profitability of renting property, many builders who were building new Section 8, senior, low income, or even luxury apartments have put their plans on “hold,” while other single unit landlords have chosen to sell their units rather than rent, creating a housing shortage that will expand in 2021