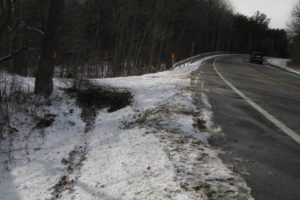 Believed to be the point where the vehicle left the road. (Photo/Conrad Baker)

According to first responders on scene, the vehicle was northbound on 436 when it ran off the left side of the roadway north of Telegraph Road at about 2:40 p.m.

First responders arrived to find that the female driver had exited the vehicle on her own.

Mercy Flight was initially put on standby for the call but was later cancelled.

A Nunda Ambulance transported the driver to a hospital.

Firefighters with the Nunda Fire Department responded to the scene and closed that section of 436 for about half an hour. 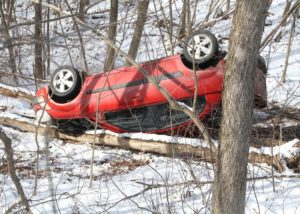 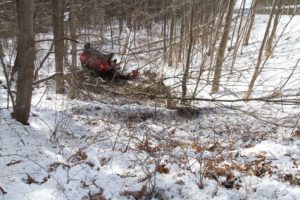 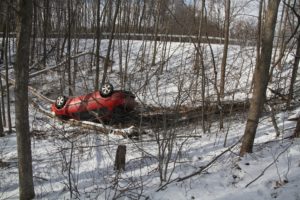