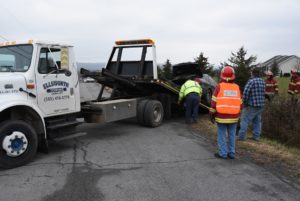 According to first responders at the scene, a driver was on Fuller Road when her vehicle ran off the road and overturned in a ditch at about 2:47 p.m.

First responders arrived to find the vehicle on its roof in the ditch.

Firefighters had to extricate her from the vehicle.

She suffered minor injuries and was transported to Noyes Memorial Hospital by a Livingston County EMS ambulance.

The Nunda Police Department’s Sgt. Tim Bryant investigated and found that the driver had fallen asleep at the wheel, causing her to lose control of the vehicle. 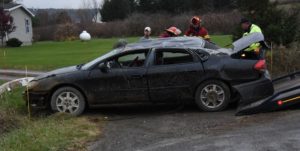