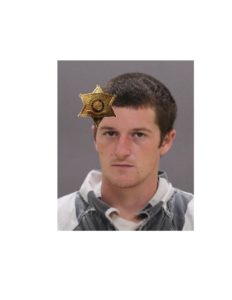 Sheriff Thomas J. Dougherty reports the arrest of a Nunda resident on Felony Criminal Mischief charges following an investigation by the Sheriff’s Office.

On July 25th, 2022 at around midnight, Sheriff’s Deputies responded to an address on West Street, in the Village of  Nunda, after receiving a call for someone destroying items during a domestic dispute. The investigation alleges that Ben  A. Nauheimer, age 27 of Nunda, had damaged several ornaments, as well as a residential window during the dispute  with a female individual. During the dispute it is further alleged that Nauheimer was also physical with the female,  striking and shoving her.

Nauheimer was transported and turned over to Central Booking Deputies at the Livingston County Jail for processing and pre-arraignment detention. The District Attorney’s Office was contacted in regards to bail due to the felony level charges. It was recommended that Nauheimer be released on his own recognizance, as the charges do not qualify for bail under the New York State Justice Reform Act.