NUNDA – A Nunda resident is facing severe felony charges as the suspect in a ‘horrific’ assault that critically injured an infant.

According to a press release from the Livingston County 911 Center on behalf of the Nunda Police Department, Brock Hyde, 35, is charged with felony Assault in the Second Degree and Reckless Assault of a Child, both of which are felonies.

The alleged victim is Hyde’s two-month-old son, who suffered a fractured skull, 11 fractured ribs in various stages of healing, dual eye retinal hemorrhages, fluid and swelling on the brain, and a broken foot bone.

The baby has since been released to foster care. Hyde is incarcerated in the Livingston County Jail without bail until further proceedings. 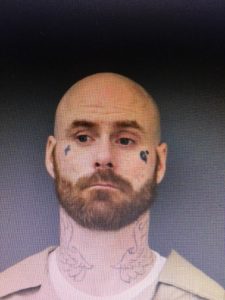