NUNDA — Author and railroad historian Ken Clark will present his book, ‘The Pittsburg, Shawmut and Northern Railroad’ along with stories, historic photographs and maps at the Nunda Historical Society later this month.

According to a press release from Tom Cook of the Nunda Historical Society, author Ken Clark is giving a talk on the Pittsburg, Shawmut and
Northern Railroad (PS&N) on Wednesday Sept. 13 at 7 p.m. The railroad operated between the coal mines of northern Pennsylvania and the Southern Tier and once included the old ‘Swains Branch’ that ran from Nunda to Swain around the turn of the 20th century.

“Ken Clark is an expert on the railroad,” said Tom Cook with the Nunda Historical Society. “He will be bringing artifacts and doing a PowerPoint. There will be a chance to meet the author and there will be a book signing. After the event, everyone will be free to go through the museum, which has displays on the history of the region from Native American times to the present.”

Clark is President of the PS&N Historical Society based in Angelica, NY.

The program is free and open to the public. There is plenty of parking and the Nunda Historical Society building is handicapped accessible.

The building, which includes the Nunda Museum and Rose Shave Gallery, is located at 24 Portage Road, next to Kiwanis Park. The Museum and Gallery will also be open. 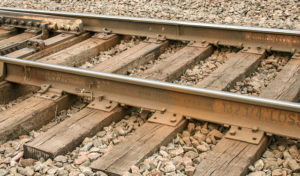