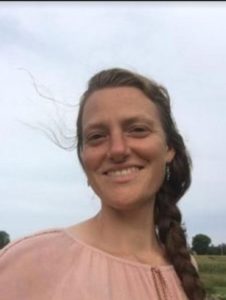 No one could debate Christina Kranz’s dedication to UR Medicine Noyes Health and her patients. Her passion for helping parents bring new lives into this world was obvious to all who worked with her. That’s why she is this year’s Daisy Award Recipient.  Kranz was a labor and delivery nurse, as well as a midwife at Noyes for years, and is credited for delivering over 450 babies during her career.

Kranz passed away Aug. 21, 2021 after a valiant battle with cancer.

“Receiving a Daisy Award is a huge honor for a nurse,” said Heather Burritt, Nurse Educator and Stroke Coordinator at Noyes. “I got very emotional reading all of the nominations that came in for Christina.”

“Christina was the epitome of beautiful, patient, kind and nonjudgmental,” read one of the nominations. “She’s hands down one of the best nurses I’ve ever met. Christina deserves this Daisy, she deserved the world and if I could have given it to her I would have.”

Other Noyes Health nominees for the Daisy Award included:

The not-for-profit DAISY Foundation is based in Glen Ellen, CA, and was established by family members in memory of J. Patrick Barnes.  Patrick died at the age of 33 in late 1999 from complications of Idiopathic Thrombocytopenic Purpura (ITP), a little known but not uncommon auto-immune disease.  The care Patrick and his family received from nurses while he was ill inspired this unique means of thanking nurses for making a profound difference in the lives of their patients and patient families.  ​