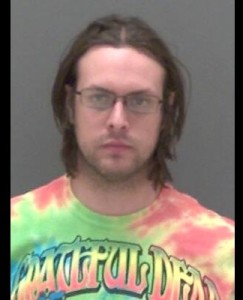 LIMA – A jury acquitted a local man of a misdemeanor Driving While Ability Impaired by Drugs charge at a trial on Tuesday.

According to a press release from defense attorney David Hoffmann, Ryan C. Howe, 22, had a violation Unlawful Possession of Marijuana Charge dismissed without being heard by the jury, was acquitted of misdemeanor DWAI Drugs, and was found guilty of speeding, an infraction.

“At the end of a long day, the jury held the government to their burden of proof, and maintained the presumption of innocence for the defendant,” said Hoffmann. “Our criminal justice system is built on these ideals, and it is encouraging to know that the system works.”

The original arrest stemmed from a traffic stop for a Speeding violation. Lima Town Justice Elvira Luhowy, who presided over the trial, fined Howe $97 for the traffic infraction.

The evidence included testimony by several witnesses and review of video and documentary evidence.

The Lima jury deliberated for less than an hour before their verdict.

Hoffmann added that Howe has relocated since the incident. Howe lost his job as a result of the arrest.

“The collateral consequences of an arrest are significant, even if the defendant is found not guilty,” said Hoffmann. “There is so much reporting on arrests and convictions, it is important to highlight acquittals, too.”