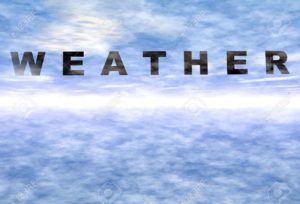 AccuWeather forecasters say residents in the Northeast will experience a serious case of weather whiplash this week as some areas could approach the 70s later this week before temperatures plummet yet again.

The back-and-forth nature of the weather this week will have some alternating between warm and cold weather attire on back-to-back days. A substantial warmup will unfold during the middle of the week only days after the coldest air of the season rushed into the region. But that warmth will be short-lived as a cold front is expected to pull temperatures down dramatically once again.

Much of the East had a hectic weekend as a storm brought drenching rain and even severe thunderstorms to the region. The National Weather Service (NWS) of New York City confirmed that at least six tornadoes struck the region on Saturday, an unusual feat for the middle of November.

This clipper also brought unusually chilly conditions to the region, and residents may need to grab a hat and gloves before they step out the door through Tuesday.

“Temperatures should begin this week a general 3 to 6 degrees Fahrenheit below normal in the Northeast and across much of the mid-Atlantic states,” said AccuWeather Senior Meteorologist Carl Babinski.

While New York City and Philadelphia typically have highs in the middle 50s in mid-November, temperatures are expected to rise to near 50 F through Tuesday.

“Some of the precipitation will fall in the form of snow across upstate New York, northwestern Pennsylvania and in northern New England,” said Babinski. Flurries and snow showers are anticipated to stretch from the West Virginia Appalachian Mountains to western Maine on Monday.

Following the clipper, a strong ridge of high pressure is then anticipated to move across the East, allowing some lake-effect and high-elevation snow to fall as winds shift in direction.

Warmth will begin to build across the region, and temperatures will bounce back into the 60s in many locations by Thursday afternoon. The Big Apple is forecast to have highs in the middle 60s on Thursday, which is over 10 degrees above average for the city. Philadelphia will have temperatures in the 60s one day earlier, with a high in the lower 60s in the forecast for Wednesday. The City of Brotherly Love could even approach 70 on Thursday.

“A shift in the prevailing winds to the south and southwest will help pull this much milder air northward,” Babinski explained.

Thanks to this flow of air, more northern cities such as Boston will likely feature temperatures in the 60s on Thursday. The average high temperature for Nov. 18 in Boston is 51. New Englanders may want to get outside and enjoy the mild weather because forecasters say the heavy coats will be needed by the weekend.

“A cold front is expected to trigger showers later on Thursday, Thursday night and Friday morning before the roller coaster makes a drastic dip once again,” said Babinksi.

Temperatures on Friday are expected to dive into the 40s and 50s again as residents hold on tight during this period of weather whiplash.

“This weekend, most temperatures should be no higher than the 40s,” said Babinski.