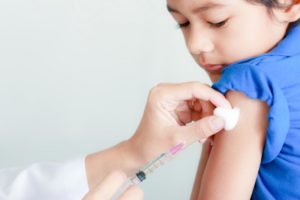 Adding to the controversy of the need for vaccines is the New York Times admission that it initially overstated the number of children hospitalized with COVID in the U.S. by more than 800,000. The Times acknowledged the mistake, and other errors in the same article, the following day — October 7th.

That same article was riddled with other mistakes according to Fox News.

The Time wrote a retraction about the article in question stating:

“An earlier version of this article incorrectly described actions taken by regulators in Sweden and Denmark. They have halted use of the Moderna vaccine in children; they have not begun offering single doses. The article also misstated the number of COVID hospitalizations in U.S. children. It is more than 63,000 from August 2020 to October 2021, not 900,000 since the beginning of the pandemic. In addition, the article misstated the timing of an F.D.A. meeting on authorization of the Pfizer-BioNTech vaccine for children. It is later this month, not next week.”

Moreover, a recent op-ed  article in the New York Times cited data showing an unvaccinated child has less risk of being infected with the virus than a fully vaccinated 70-year-old.