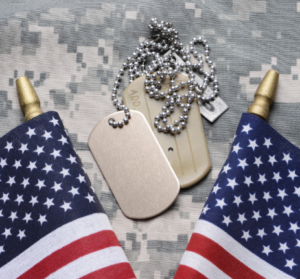 These 29 bills passed give protection to active duty soldiers and veterans as well as memorial sites and cemeteries along with adding funding to previously cut veteran’s initiatives.

“We can never fully repay the brave men and women who defend our nation and our freedoms,” Gallivan said. “These measures will better protect current military personnel from criminal activity, support our veterans in starting a business or career after completing their service, and assist their families in accessing important programs and services.”

Some details for the bills allow family members of wounded or deceased members of the military eligibility for scholarships such as the NYS Regents Award for Children of Veterans and Military Service Recognition Scholarship. Other bills include protection to military cemeteries, eligibility for veterans to attend SUNY schools as in-state students, to recreational rights.

Below is the list of bills passed along with the restored funds.

Protecting the Welfare of Military Personnel

S955, co-sponsored by Senator Gallivan, makes it a Class C felony to commit assault against an active-duty soldier if the accused’s intent was to prevent that soldier from performing their lawful duty.

S927 establishes a Class D felony for the crime of inciting violence against both active duty and reserve military service members in an effort to curb the destructive trend of targeting those who have made a career out of protecting the citizens of this country.

S957A creates the Class E felony crime of stolen valor and directs that anyone convicted under this new crime pay a fee to be deposited into the veterans cemetery fund. Requiring those who deplorably impersonate the brave men and women who served in the military – whether for money or other benefits – to pay a fee towards maintaining veterans’ cemeteries is a fitting way to ensure real heroes are honored appropriately.
Making it More Affordable to Live and Thrive in New York

S936A, co-sponsored by Senator Gallivan, creates a task force to study and improve the job market for veterans. The task force, to be made up of stakeholders within state government, the private sector, and institutions of higher education, will be charged with holding annual public hearings and making recommendations to the legislature regarding ways the state can assist those who served our country in finding and maintaining meaningful employment opportunities.

S3879A, co-sponsored by Senator Gallivan, encourages public employers to hire military service veterans by establishing the “Hire a Vet” program, which would provide grants to municipalities when a veteran is hired and employed. Similar to tax credits offered to private businesses, the grants would range from $5000 to $15000 for qualified and disabled veterans, and incentivize public employers to help honor and recognize sacrifices made by members of the military in service to their country.

S3571 streamlines the process for active duty service members to receive their free Empire Passport for state park usage. Current law requires the Empire Passport to be filled out annually and to be received in the mail, making the entire process lengthy and cumbersome. Active duty service members and their immediate family would instead be eligible for the free entry to state parks by providing their military ID upon entry.

S3336 grants an additional real property tax exemption for two qualified veterans who reside in the same household in relation to the alternative veterans’ exemptions. This legislation would properly recognize and financially reward all veterans who have served their country and own property in New York.

Connecting Service Members, Veterans, and Their Families with Important Services

S255, co-sponsored by Senator Gallivan, changes the eligibility dates for a military enhanced recognition, incentive and tribute scholarship to include all the military conflicts that occurred on or after June 1, 1982. The enactment of this bill would allow family members or financial dependents of New York State residents who were wounded or killed while serving the United States military from June 1, 1982 onward to qualify for academic scholarships such as the NYS Regents Award for Children of Veterans and the Military Service Recognition Scholarship.

S254 provides surviving dependent family members of New York State military personnel who have died while performing official military duties with free tuition and room and board at CUNY or SUNY institutions, or a commensurate amount to be applied to a public college or university.

S200A, co-sponsored by Senator Gallivan, increases the base amount of the annuity for legally blind veterans and their unmarried widows, and clarifies that the formula for an annual increase consider the cost of living increase established for veteran benefits by the federal government on December 1, 2015. The blind annuity was established in 1923 in New York to help take care of veterans who made great sacrifices during wartime, and was last updated in 2004.

S1124A, co-sponsored by Senator Gallivan, provides an annual increase to the Gold Star Parent Annuity in relation to increased annual costs of living. Established in 2008, the yearly compensation shows recognition for parents that have lost a son or daughter in the armed services during a time of war, yet it has never increased since its implementation.

S5158 assists service-related disabled veterans in affording a home by giving those with a VA disability rating of 40 percent or higher a preference in applications to the state’s Affordable Home Ownership Development Program. This legislation would help disabled veterans sustain a good quality of life after sacrificing their health for their country.

S2319 creates a mechanism for parents or guardians who find themselves deployed for short-term military service to appoint a temporary guardian for their minor child or children while they are serving our country. With all the other worries and considerations that come with a deployment for military service, parents or guardians who are called upon to serve their country should be able to choose a guardian for their children during their deployment without undue complication.

S1013A authorizes military personnel scheduled for deployment in less than 30 days to get married within 24 hours of receiving their marriage license. Currently the mandatory waiting period of 24 hours for couples to get married is a hindrance to those expected to serve our country overseas and on short notice.

S944 allows the ballot of an active duty service member who has died in combat to be counted towards the election for which it was cast. Current law prohibits the counting of an absentee ballot cast by any individual who died prior to the date of the election, but this bill gives our brave service members one final act of citizenship.

S2813 updates provisions for leaves of absence for public employees who are war veterans to continue their education by including the current federal veterans educational programs.

S3709 establishes a Veterans’ Gerontological Advisory Committee. This measure would address the needs of a state with the second-highest veteran population in the country, and an older veteran population whose needs and problems pervade multiple geriatrics and gerontology disciplines. At no cost to the taxpayers, the advisory committee will be able to provide crucial recommendations to the Director of the Office for the Aging on policies, programs, services, and trends affecting the aging veteran population.

S733 ensures job protection for both New York State public and private employees who live outside of New York and are deployed, as an active duty member of the National Guard.

S2189 empowers the state Division of Veterans’ Affairs and other state agencies to study and address the alarming trend of homeless persons who are veterans in New York, as well as the amount of homeless veterans who are also parents. The study and analysis would help gather information on the number of homeless veterans in New York, and help lead to solutions to combat the growing problem among the men and women who have served in the military and are now homeless, as well as their children.

Showing Respect for and Recognition of Service to Country

S216, co-sponsored by Senator Gallivan, designates March 13 of each year as “K9 Veterans Day” in this state.

S199, co-sponsored by Senator Gallivan, creates the Vietnam War Service Medal for military service abroad in the Vietnam War from November 1, 1955, through April 30, 1975.

S6606 establishes the “New York State Silver Rose Veterans Service Certificate” for veterans exposed to dioxin or phenoxy herbicides during military service. This legislation would help to bring awareness to the long-suffered effects of exposure to tactical herbicides such as Agent Orange while also recognizing and honoring the tremendous sacrifice and bravery of our veterans.

S3906 establishes a veterans cemetery funding promotion program, building upon the Veterans Remembrance and Cemetery Maintenance and Operation Fund and New York State Veterans Cemetery program, both created in 2013 and administered by the state Division of Veterans’ Affairs. The legislation would require the Division to produce and conduct programs, projects, and materials designed to solicit financial contributions by individuals, groups, and corporations to give to the fund, in order to support the construction and maintenance of veterans’ cemeteries in New York. Also included in the bill are directions for the Division to apply for grants and contributions from governments and other institutional funding sources, and the production of an annual report on the activities, operations, and progress of the promotion program.

S7870 establishes the “Veterans’ Memorials Preservation Act,” to help protect veterans’ memorials throughout the state. An  omission under current law has resulted in many veterans’ memorials being destroyed by those with disregard for the sacrifices of our veterans – something this measure would help correct by further providing for the preservation of military history in New York to ensure that future generations understand the significance of what military service veterans have done to preserve democracy and freedom.

S3675A creates the option for a voluntary contribution on state personal income tax returns for congressional chartered veterans service organizations. By contributing to organizations like the Veterans Service Organizations Fund, taxpayers would be helping to cut through red tape and connect veterans with services they have earned without any effect on state fiscal concerns.