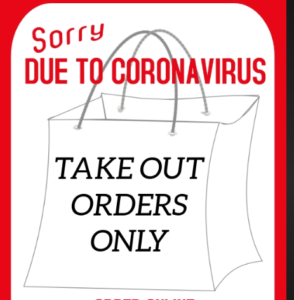 New York State restaurants lost more than 250,000 jobs during the first 22 days of March.  During that same period NYS restaurants suffered an estimated $1.9 billion in sales.

“Many restaurants have already closed and will never reopen, and restaurant employees are out of work”” said Melissa Fleischut, President & CEO of the New York State Restaurant Association.

While the restaurant industry has been negatively impacted in the first few weeks of the COVID-19 crisis, restaurant operators and employees are preparing for continued hardship.

“Our members are being tested across the state like never before. They’ve had to adapt on the fly as this situation isn’t changing by the week or day; it is changing by the hour or minute. Many have pivoted or revamped their business models to stay afloat for the time being. Some attempted that and decided to close,” added Fleischut.

The New York State Restaurant Association has supported their members by working with Governor Cuomo in advocating for a delay in sales tax payments, a moratorium on evictions and adjustments in State Liquor Authority regulations. This has allowed some operators to keep their doors open during this crisis.