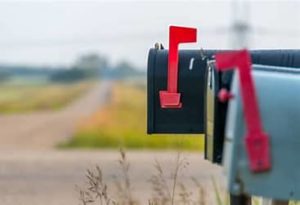 In an effort to cut costs and mail delivery time, the postmaster in Livonia has changed how mail will be delivered in the rural driving routes.

Facebook posts in the I Love Conesus group abound from residents of the apartments behind West Shurfine.  Their mail used to be delivered inside each apartment house for each of the 20 apartments in each building; under the new rules, drive-up mailboxes will be installed outside, and residents will have to go outside to get their mail.

That’s not the only place where rural routes will be changing. For years, rural mail carriers drove their vehicles down the one-lane service roads in Wilkins Tract, Old Orchard Point, MacPherson’s Point and other tracts along the East Lake Rd. stopping at each mailbox which was typically on the road in front of each home or cottage.  Now those mailboxes are to be moved to the East Lake Rd., together in a line, for the rural carrier to drive up to, delivering mail in one stop.

Those who oppose the mail delivery changes say the changes target the elderly, many who have walkers or wheelchairs, because they will have to walk much further to get their mail. “The postmaster is heartless,” said Kelly Pitts Cushing, a member of the I Love Conesus group. “Many contacted (the postmaster’s) boss in Henrietta, no response from him at all. Did hear back from US Postmaster Genera,l they referred the complaint to Albany. Sheriff has been notified due to road safety” issues. People are not taking this lying down. Next will be a protest outside the post office.”

Although others agreed that the changes will be inconvenient and possibly unsafe, the move to make mail delivery more efficient comes “from the top, ”from Trump-era appointee Postmaster General Louis DeJoy, who was charged with streamlining the postal service at cost-effectiveness “affordable prices” to avoid a government bailout of the 160 billion dollar loss from 2019 and beyond. According to DeJoy, the post office needs to modernize and invest in better more reliable service by investing in new vehicles, technology and equipment, and needs to be more efficient. One of Dejoy’s first public statements was that employee hours needed to be cut, and inefficient small post offices closed down, in an effort to make the post office organization more cost efficient overall, and more attractive so that there was not so much worker turnover. (At one point, he was considering deleting Saturday mail deliveries).  “Our plan is about improvement to reliability….at affordable prices and our plan should erase our $160 billion loss over the next ten years…our plan is about growth and about becoming self-sustaining without bailouts…”

Among the drawbacks of putting mailboxes on the East Lake Rd. is the narrowness (in places), curves, and hills, and close buildings, making pulling over to the roadside mailboxes unsafe for both the mail vehicles as well as people pulling up to their mailboxes in cars to retrieve their mail.  Some members of the group protesting the mailbox changes have said if they can’t change the post office’s minds about moving boxes to the East Lake Rd., they would petition the county to widen or change the road so pulling over is safer.

The changes to the mail delivery system in the Livonia area is taking place in August, with all changes  scheduled to ber in effect by September.