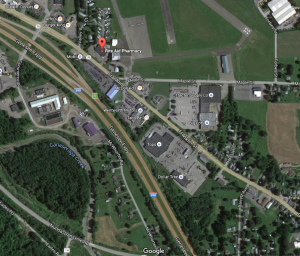 DANSVILLE – Several businesses and at least one traffic light on or near Rte. 36 (Franklin Street) are without power Monday afternoon for unknown reasons.

Employees at Tops on Franklin Street and Rite Aid on Foster Wheeler Drive say that they lost power at about noon on Monday.

The traffic signal at Commerce Drive and Franklin Street is also currently out. Livingston County Sheriff’s Office and NYS Police vehicles are alerting drivers there.

The blacked out areas are customers of New York State Electric and Gas (NYSEG).

Dansville Police, the Livingston County Sheriff’s Office and NYS Police said that they were not aware of any power lines down in the area.