LEICESTER – The apparent theft of a handgun stuck a Mumford resident with two felony charges on Tuesday.

According to a press release from Livingston County Sheriff Thomas Dougherty, Kevin Ridgon, 32, is charged with felony Criminal Possession of a Weapon in the Second Degree and felony Grand Larceny in the Fourth Degree.

On Feb. 20, a citizen reported the theft of a handgun from their home. Deputy Morganne Harrington from the Road Patrol Division was dispatched, along with Sheriff’s Investigator Josh Monster of the Criminal Investigations Division. The citizen already suspected a person who ‘was known to the victim’ and had been inside the home with his permission.

The investigation led Monster and Deputy Nick Greco to the Town of Leicester where the subject of interest was located. The investigation continued well into the evening and concluded with Rigdon in custody.

The handgun has not been recovered and the investigation continues.

The investigation leading to Ridgon’s arrest was conducted by Deputy Morganne Harrington and Deputy Nick Greco of the Road Patrol Division, along with Sheriff’s Investigator Joshua Monster and Deputy Michael Williams of the Criminal Investigations Division.

Rigdon was turned over to Central Booking Deputies at the Livingston County Jail for processing and pre-arraignment detention. The District Attorney’s office provided a bail recommendation of $10,000 cash or $20,000 bond.

Livonia Town Justice Margaret Linsner arraigned Rigdon and ordered him held at the Livingston County Jail on $10,000 cash or $20,000 bond. 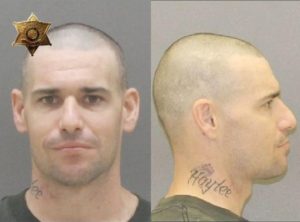