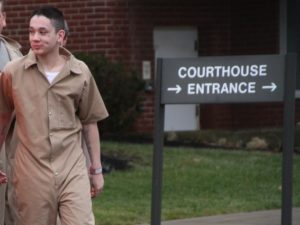 LIVINGSTON COUNTY – A County Court Judge sentenced a Mount Morris teenager to prison for burning a vacant house with the help of a 14-year-old.

Judge Dennis Cohen sentenced Alex Gross, 18, to 2 to 6 years in prison for felony Attempted Arson in the Third Degree. Gross is eligible to serve 6 months in Shock camp, a military-style prison boot camp, but will not have his record sealed as a Youthful Offender (Y/O).

“You have a prior Y/O. I’m not going to grant you Y/O,” said Judge Cohen. “I don’t think that you should get it or that you deserve it. A juvenile was involved in this. It’s just a lousy situation.”

On May 4, 2016, a fire badly damaged a vacant house at the intersection of Damonsville Street and Parker Road in Mount Morris. Mount Morris Police arrested Gross and another child, who was age 14 at the time.

Gross pled guilty to Attempted Arson in the Third Degree, which is a reduction from the original charge. He was represented by local attorney Steve Sessler.

Judge Cohen instructed Gross on the record that if he fails to complete the 6-month Shock camp, he will remain in prison for 2 to 6 years.

The other teen’s case is being handled in Family Court. The GeneseeSun.com is withholding their name because they are being tried as a juvenile and will have their record sealed. 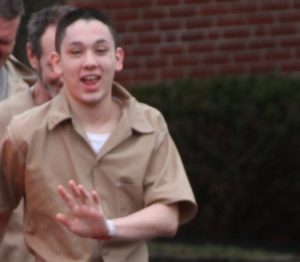