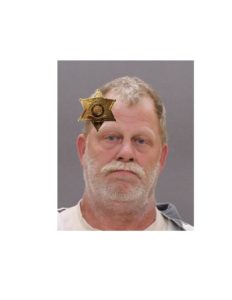 Sheriff Thomas J. Dougherty reports the arrest of a Mount Morris resident on Felony DWI charges following an investigation by the Sheriff’s Office.

On July 30th, 2022 at approximately 7:45 pm, Deputy Donals, who was assigned to the Sheriff’s Office STOP DWI Unit,  conducted a traffic stop on Scipio Road in the Town of Mount Morris after observing a vehicle in violation of NYS Vehicle  and Traffic Law.

The Deputy made contact with the operator of the vehicle, who was identified as Rick C. Stephens, age 52 from Mount  Morris. During the encounter, the Deputy suspected that Stephens was under the influence of alcohol. Deputy Donals  did conduct a DWI investigation which included the performance of standardized field sobriety tests. At the conclusion  of the roadside investigation, Stephens was then taken into custody for Driving While Intoxicated.

A records check revealed that Stephens had a previous conviction for Driving While Intoxicated in 2016, making this  arrest a Felony.

Stephens was arrested and charged with felony Driving While Intoxicated, as well as additional violations of the NYS  Vehicle & Traffic Law.

Stephens was transported and turned over to Central Booking Deputies at the Livingston County Jail for processing and  pre-arraignment detention. The District Attorney’s Office was contacted in regards to bail due to the felony level  charges. It was recommended that Stephens be held without the possibility of bail due to having two previous felony  convictions.