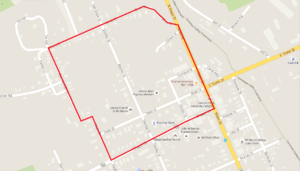 MOUNT MORRIS – Livingston County’s quintessential cycling events have more to do and see than ever with the addition of a running race, beer tent and food vendors.

A record number of competitors from across the country and overseas will assemble on Chapel Street for several races. The famous Rock Criterium will be Saturday, Day 1, accompanied by first-ever Rock Run, a two-lap, two-mile, cash prize run around the crit course.

“$250 will be split between the runners,” said Tony Sylor, founder and President of the Livingston Cycling Club. “Just like prime laps in a bike race, first lap winners for men and women will split $40, and the rest will be split by the rest of the runners. To do that with runners is a little unorthodox, and we’re hoping to drive up the spectator factor with more events and more to do.”

Events will be announced by the GeneseeSun.com’s Josh Williams and Conrad Baker, and Bob Lonsberry of News Radio WHAM 1180.

Attendance for several events is climbing. More youth riders than ever are currently registered for men’s and women’s events, including two highly-ranked teens from California. Elite racers’ enrollment is up, and the Cycling Club is looking forward to as much enrollment as possible in the Rock Run.

The women’s Cat 4 race registration is so high that they will get the course to themselves for the first time ever this year. In the past, their event was combined with others. Cat 4 women and Cat 5 men get a decreased entry fee of $25 to continue to build on record registration numbers.

New this year is the beer tent which will feature several craft beers courtesy of the Village Tavern of Geneseo, served in the parking lot at Clinton and Chapel Streets. A Cheesed and Confused food truck out of Geneseo will also be parked there, and Questa Lasagna on Main Street Mount Morris will have a food tent.

On Sunday, the grueling 100-mile Gran Fondo will test the mettle of even the best-conditioned cyclists. Only 70 percent of starters finished 2015’s Grand Fondo, and of those, only a handful could say that they completed the course without walking.

Registration for all events is now open here. 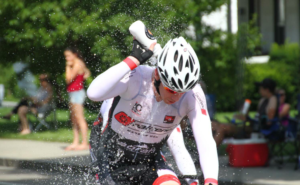