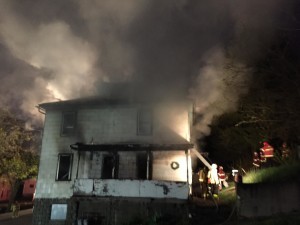 MOUNT MORRIS – Mount Morris Police arrested two teenage boys on Thursday in connection to the fire that badly damaged a vacant apartment building at the Damonsville Street and Parker Road.

“Our officers really did work hard,” said Mignemi. “We had 60 combined hours in the past two days. The officers truly showed dedication and real tenacity to get this closed so quickly.”

The two-story building, which contained three apartments, had been vacant for the past six months to be repaired and rented.

The fire erupted at about 4:40 a.m. on May 4. Multiple fire departments quickly put the fire out, but the building was badly damaged. Mignemi said that it is unconfirmed whether the building is a total loss.

Mount Morris Village Justice Brandon Zingaro arraigned Gross and remanded him to the Livingston County Jail on $5,000 cash or $10,000 bond.

The juvenile, whose name is withheld due to his age, will appear in family court for the same charges. 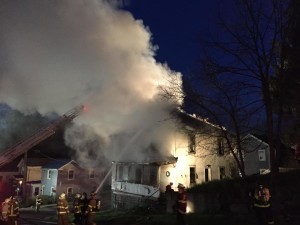