LIVINGSTON COUNTY – The 2016 deer harvest report is out, and it says that Mount Morris had the most deer taken of any Livingston County town.

According to a press release from the NYS Department of Environmental Conservation, hunters in New York State harvested an estimated 213,061 deer during the 2016-17 hunting seasons, an estimated five percent increase over 2015-16 levels. Of those, 796 were taken in Mount Morris.

“Deer hunting in New York is a proud and economically important tradition that is safely enjoyed by hundreds of thousands of residents and visitors each year,” said DEC Commissioner Basil Seggos. “Not only is deer hunting important for providing high quality local protein to families, it is an essential conservation tool that helps reduce negative ecological impacts of deer on forests, farms and communities throughout the state.”

The town with the next biggest take was Caledonia, with 621.

Last year, DEC kicked off a campaign to encourage hunters to voluntarily pass up shots at young bucks in an effort to grow the population of larger bucks across the state. In areas where hunters had the freedom to choose what type of buck to take, nearly half of the adult bucks taken this past year were 2.5 years or older. Yearling bucks were plentiful, a result of strong survival rates through the 2015-16 winter, yet many hunters voluntarily chose restraint. 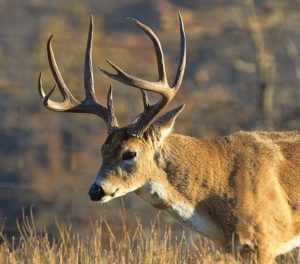