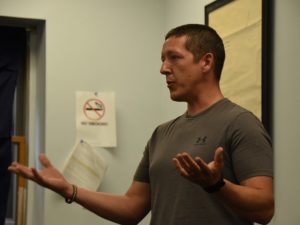 MOUNT MORRIS – The Mount Morris Village Board unanimously voted to advance a young couple’s dream to reopen the youth center attached to the fire hall on Murray Street, which they first informally made public in February.

The Board voted to allow Josh and Kelly Bacon to rent the space of the old youth center for the purpose of reopening it as a church youth group and later expand to after school activities for all local kids. Both Kelly and Josh Bacon attended Monday night’s Village Board meeting to formally submit their basic plans, though Kelly left for a prior engagement before the Board addressed them.

“One of the reasons we waited several months to submit this was that the new board was coming into play and we really felt uncomfortable hamstringing the new mayor and the new board with something from the old board that you may or may not be comfortable with so we wanted to kind of work with you guys and feel out the appropriate direction to go,” said Josh Bacon. “Since then we’ve made a lot of connections with people. We’ve done a lot of research. We’re finally at the place now where we can pull the trigger on this and move forward in an appropriate and an excellent manner that will represent Mount Morris well.”

This allows the couple to confidently make appropriate applications.

Village Attorney John Putney will draft a lease for the Bacons to sign.

Locals remember that the building was constructed in the early 1900’s and being a downtown youth center since the 1950’s. Many remember going to the youth center as kids but it closed and sat dormant for at least the past five years.

The Bacons said in March 2017 that the idea for the youth center has spurred a lot of excitement in some of their neighbors who grew up using this facility as children. The Mount Morris Police Benevolent Association, Mount Morris Fire Department and local businesses say that they will chip in labor for however long it takes to get the place fixed up and revitalized.

“It would be Bible studies and just kids getting together to encourage each other and worship, music type activities,” said Kelly Bacon in March. “Then we’d also like to go even beyond a church youth group to community things. Some things we’ve talked about are having open tutoring hours and we’ve already had teachers say ‘I’d volunteer to help with that.’” 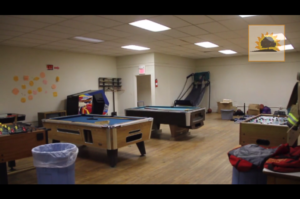 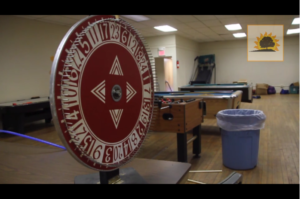