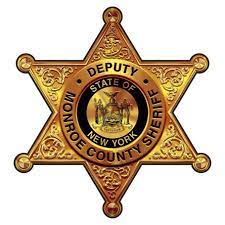 On May 11, 2022, just prior to 8:00 p.m., Monroe County Sheriff’s Office park deputies were on routine foot
patrol at Ontario Beach Park. They heard someone scream and saw a man on the ground. Deputies quickly
assessed the situation and determined that two men were arguing, which led to a physical altercation, and
resulted in the victim sustaining a significant head injury. While deputies were rendering medical aid,
witnesses alerted deputies to a man leaving the scene. Deputy John Giordano was able to catch up to the man
and detain him for questioning. He was identified as Carlos A. Mateo.

The 29 year old victim from Rochester was taken to the hospital, where he succumbed to his injuries.
MCSO would like to thank our law enforcement partners at the Rochester Police Department for their
assistance at the scene.

After an investigation by Sheriff’s Office Investigators, Carlos A. Mateo, 43, of Rochester, was arrested and
charged with Criminally Negligent Homicide (E-Felony) and was released to pre-trial by the Honorable Judge
Miller.