GENESEO – Methamphetamine is believed to be the drug that Geneseo Police took from a traffic stop on Sept. 11.

“We are seeing more meth than before,” said Osganian.

A Geneseo Police Officer stopped a vehicle on Rte. 63 in the Village of Geneseo and identified the driver as Fenton and the passenger as Farr. The officer believed that Fenton had operated the car under the influence of drugs and began a roadside investigation.

The officer alleged that Fenton was under the influence of drugs and that Farr was in possession of meth.

Both were issued appearance tickets for Geneseo Village Court. 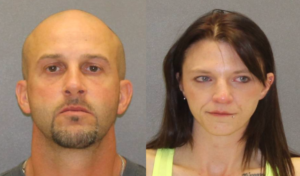