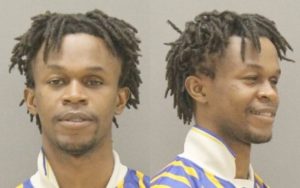 The crux of the trial was the testimony of the confidential informant (CI), whose name the GeneseeSun.com is witholding for their safety. According to the testimony of Livingston County Sheriff’s Investigator Jeff Wiedrick, Operational Supervisor for the Drug Task Force, the CI was charged with a traffic ticket and wanted to work with law enforcement in exchange for a more favorable plea offer in court. Members of the Livingston County Drug Task Force met with the CI. The CI said that they knew a Geneseo resident who sells illegal drugs. The CI contacted Rogers and set up a drug buy on April 4, 2016, on Orchard Street in the Village of Geneseo. A Deputy searched the CI. The Drug Task Force gave the CI $160, and drove them to the arranged buy spot. The CI got out of the vehicle and walked towards Orchard Street. Tetamore took issue with what happened next.

“I lost sight of her,” said Wiedrick. “[The CI] went into a building. For less than two minutes [the CI] was out of sight. [The CI] returned to the car with three bags of crack and $100.”

Tetamore said that because members of the Drug Task Force did not physically see the alleged hand-to-hand exchange from Rogers to the CI, there was a reasonable doubt that the drugs came from Rogers.

“The theory is that it wasn’t [Rogers]. It was somebody else,” said Tetamore. “Nobody saw the deal go down. [The CI] knew [they] had to tag Mel, so [they] threw him under the bus.”

Wiedrick testified that in this case, the CI was specifically instructed not to enter any buildings, for the CI’s own safety.

Livingston County Assistant District Attorney Josh Tonra, who prosecuted the case, said in his closing argument that the CI’s testimony is supported by the rest of the evidence in the case, including the baggies of crack, a map of the area of Orchard Street, and the testimony of a drug expert with a crime lab and multiple investigators with the Drug Task Force.

“The defense’s summation argued to you that there is no way for us to prove that it was the defendant who sold cocaine to [the CI]. I disagree,” said Tonra. “[The CI] told you who sold [them] the cocaine. [Their] story is corroborated by all of the evidence in this case. The People have proved that the defendant possessed cocaine with intent to sell it, and that he did sell it.”