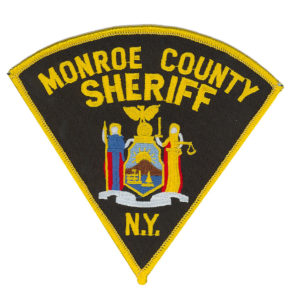 On June 16, 2022 at 11:40 PM, a Monroe County Deputy Sheriff –Corporal, assigned to the Jail Bureau, responded to a location within the Monroe County Jail to address an inmate who was tampering with the fire suppression system (sprinkler head) located in his assigned cell. The inmate was initially compliant with the Corporal’s direction to sit on his bunk so the cell could be inspected for safety and security. The Corporal and assisting deputies entered the cell, at which time the inmate assaulted the Corporal, punching him in the face. The Corporal and deputies were able to gain control of the inmate, securing him in handcuffs.

The MCSO Corporal suffered a laceration and broken nose, and one deputy sustained a cut on his forearm, both requiring treatment at a local hospital.  Deputies charged the inmate, Evan Guzman, 37, Rochester, with two counts of Assault 2 nd Degree (Class D – Felony). He was arraigned in Rochester City Court this morning and remanded to the Monroe County Jail without bail.  Guzman has been held without bail in the Monroe County Jail since June 6, 2021 on the charge of Murder 2nd Degree (Class A – Felony). While in custody on January 16, 2022, Guzman assaulted another inmate, causing  a broken nose and facial fractures. He was charged with Assault 2nd Degree in relation to that incident.

“I am outraged at this unprovoked assault on our staff simply working to provide a safe, secure environment to those remanded to our custody,” said Sheriff Todd K. Baxter. “In this instance, we have an individual charged with Murder who has continued to commit violence toward deputies and other inmates while in custody. The recent implementation of the HALT Act limits our ability to segregate this individual until he is stable enough for less restrictive housing. As demonstrated, this has had a detrimental effect on the safety of
deputies and inmates.”