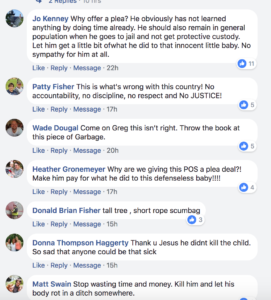 LIVINGSTON COUNTY — The recent proposed offer of 14-years to Brock Hyde, accused of felony assault on a 2-month old infant has angered many on social media.

Hyde  is charged with Reckless Assault of a child for the sustained fractured skull and Assault to cause serious injury for the 11 broken ribs. Livingston County District Attorney, Greg McCaffrey presented a max sentence offer to Hyde of 7-years consecutive for each charge totaling 14-years.  The reason Hyde might consider the max sentence is because McCaffrey has the potential to pursue a sentence if a judge rules that Hyde is a persistent felon. If Hyde is deemed a persistent felon by a judge, the potential sentence if found guilty, would be 15-life.

“The range is five to seven and the seven would be the maximum of 7-years per injury. This is offering the maximum sentence allowed by law based on the two charges,” said Greg McCaffrey. “If he (Hyde) wants to plead guilty short of trial, the discretionary life sentence the court could impose after a sentencing hearing, is off the table.”

In 2015 Hyde’s prior violent felony incident, he fled police on a high speed chase that went in excess of speeds of 100 mph and concluded in Mount Morris where his vehicle was stopped by stop sticks. Hyde then fled on foot and was later apprehended by Livingston County Sheriff Deputies.

According to McCaffrey Hyde has numerous other non-violent felony charges. 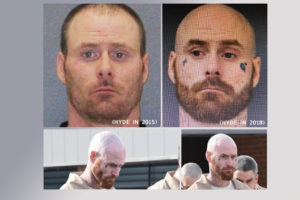 “The offer that I conveyed in court is the max allowed by law,”  said McCaffrey.

The next step is for Hyde to counsel with his defense attorney, Michael Stivers, as they review all the evidence. They also requested a Huntley hearing which  is  for the purpose of reviewing the manner in which the police obtained statements from the defendant.