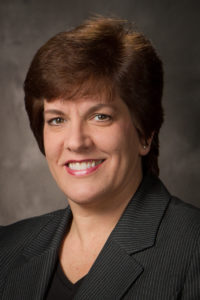 LIVONIA – A village attorney is throwing her name in the hat for the currently wide-open seat for Livonia Town Justice.

“I have been interested in the Town Justice position for awhile,” said Linsner. “Dave was my friend and colleague. I didn’t feel right running against him while he was in office. […] It’s one more thing in my career that could be a real service to the community.”

Linsner has been an attorney since 1991. She owns her own law practice at 33 Main Street, Livonia, which she would continue to operate if elected. She specializes in real estate but also works with surrogate, family court, and divorce law.

“Over the years, I have shied away from town court, partially because my three kids were growing up and I didn’t want to spend long hours in night court,” said Linsner. “Now my youngest has graduated high school. Plus, having my own law practice just down the street from court, I am available at any time to do arraignments.”

The field appears to be wide open for Linsner. The only other person to show interest in the position, Jack Brown, endorses Linsner and encourages his supporters to vote for her.

“I was considering a write-in campaign myself until Margaret announced,” said Brown. “I’m fully supportive of her and am officially endorsing her. She’s a very good person and I trust her judgment. I was interested in having someone on the bench who has the community’s best interests at heart and that is what Margaret is.”

However, Judge Mahoney could still win the election and take office, even though he has resigned. If not, the Livonia Town Board would vote to appoint a person for one year until the November 2017 election.

“If Dave gets elected I will submit my resume for the Town to appoint me for a year,” said Linsner.

Linsner added that part of her interest in the position is her ability to advise and help future justices with legal questions, especially if they are not attorneys.

“I think it is good for lay people, if they are interested in becoming justices, to have access to an attorney for legal questions, in addition to mandatory justice training from Albany,” said Linsner. “If Dave Mahoney wins this election and the Town Board has to appoint, then whoever they appoint will have a term that expires at the same time, in 2017. For purposes of consistency, that would not be ideal.”

The Town of Livonia includes the hamlets of Lakeville, Livonia Center, Hemlock, South Lima, South Livonia, and the Village of Livonia.