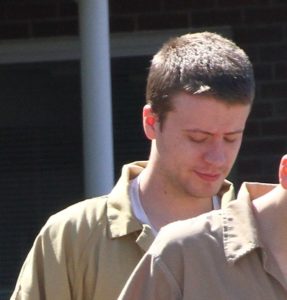 LIVINGSTON COUNTY – The Geneseo man who was arrested for allegedly striking and seriously injuring a 60-year-old pedestrian carrying a chainsaw has been indicted on two felony charges.

Gregory Walsh, 25, is now charged in County Court with felony Vehicular Assault in the First Degree, felony Assault in the Second Degree, misdemeanor DWAI Drugs, DWAI Combination of Drugs and Alcohol, and Failure to Maintain Lane, a violation.

Walsh has been in and out of County Court since 2013, when he struck his father with a loaded gun and was shot by New York State Police. After two breaks on Violation of Probation sentences by Judge Robert Wiggins for drinking alcohol while on probation, the Sheriff’s Office re-arrested him on May 20, 2016 at the scene of a vehicle-pedestrian accident on Bronson Hill Road in Livonia.

The pedestrian, Russell Maurer, 60, was critically injured but survived and has since been released from the hospital. He is alleged to have been carrying the chainsaw along the side of the road at the time of the accident, 10:45 p.m.

The case was adjourned for further proceedings. 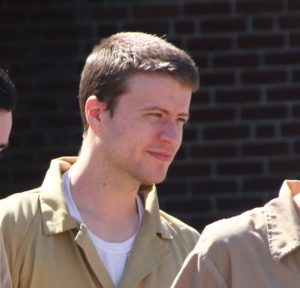