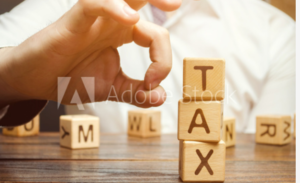 Attorney James P. Kennedy, Jr. announced today that Mark E. Wolanyk, 62, of Clarence Center, NY, who was convicted of tax evasion, was sentenced to 12 months of home confinement, 3 years of supervised release and ordered to pay $243,387 in restitution to the IRS by U.S. District Judge Lawrence J. Vilardo.

Assistant U.S. Attorney John D. Fabian, who is handling the case, stated that in October 2010, the defendant and his minor son opened an account at First Niagara Bank in the name of the minor son, with Wolanyk listed as a custodian on the account. From October 2010 through December 2013, the defendant made deposits into the First Niagara account, including business deposits, totaling approximately $258,911.49. Between January 2011 and December 2013, Wolanyk made cash withdrawals from the First Niagara account totaling approximately $260,875.

In September 20, 2011, during the course of IRS efforts to collect taxes owed by the defendant, Wolanyk submitted what is known as a Collection Information Statement for Wage Earner and Self-Employed Individuals to the IRS. However, the defendant failed to list the First Niagara account in a designated area for listing bank accounts.

In January, April, and December of 2013, the defendant was issued five checks totaling $60,000 as compensation for services rendered in connection with a real estate transaction. All five checks were deposited into the First Niagara account.

The total tax loss associated with the defendant’s conduct is $243,386.

The sentencing is the result of an investigation by the Internal Revenue Service, Criminal Investigations Division, under the direction of Jonathan D. Larsen, Special Agent-in-Charge, New York Field Office.