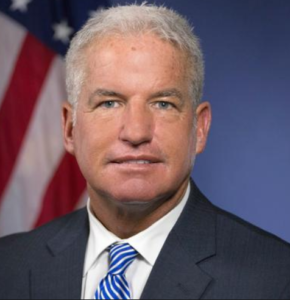 U.S. Attorney James P. Kennedy, Jr. announced today that Adrian Grier, 44, of Jackson, Georgia, pleaded guilty before U.S. District Judge John L. Sinatra, Jr. to conspiring to possess with intent to distribute, and distributing, 500 grams or more of cocaine. The charge carries a mandatory minimum penalty of 10 years in prison, a maximum of life, and an $8,000,000 fine.

The defendant conspired with 11 others to sell cocaine. One of his co-defendants brokered bulk quantity cocaine to multiple areas in the country including Buffalo, Kentucky, and Georgia. Numerous court authorized communications were intercepted between the defendant and others. On two occasions, he coordinated trips to Kentucky to acquire kilograms of cocaine. The defendant was intercepted discussing future plans to increase the quantity of cocaine he could obtain in Georgia.

Of the 12 defendants charged in this case, Grier is the second to be convicted. The fact that a defendant has been charged with a crime is merely an accusation and the defendant is presumed innocent until and unless proven guilty.

Sentencing is scheduled for January 6, 2021, before Judge Sinatra.