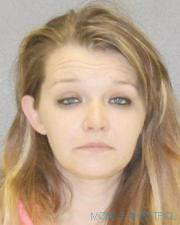 According to a press release from Dansville Police Department, Erin Homer, 30, was arrested for felony Grand Larceny in the Fourth Degree and misdemeanor Petit Larceny.

On May 21, Dansville Police were notified by a store owner on Main Street that a female employee had stolen numerous NYS Lottery Tickets as well as cigarettes.

Shortly afterwards, investigating officers were flagged down by a citizen who said that a female who was was staying on Main Street may had taken a purse from a bar on Main Street.

Dansville Justice Josh Weidman arraigned Homer and remanded her to the Livingston County Jail on $3,500 cash or $7,000 bond.