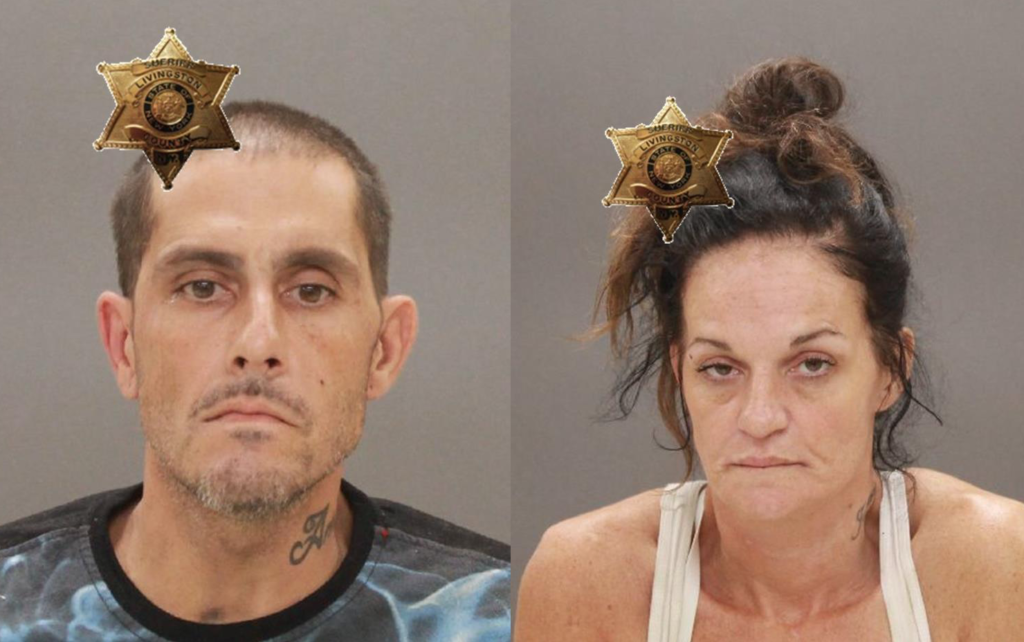 According to a press release from Livingston County Sheriff Thomas Dougherty, on Saturday morning Jason Torregrossa, 44, and his wife Amber Torregrossa, 42, were pulled over in the Town of York for wanted violations and decided to put the pedal to the metal and flee.

The duo were driving a pick-up over flowing with scrap metal when Deputy Sheriff Martin Herkimer observed Mr. Torregrossa driving his truck known not to have a valid driver’s license and an active felony warrant out of Rochester for driving without a license, as well as his reputation from fleeing from Monroe County law enforcement agencies in the past.

“Jason Torregrossa was given lawful orders and continued to refuse those orders. The Deputy Sheriff then tased Jason Torregrossa while he was still in the vehicle but he was able to remove the taser probe and then able to get back behind the wheel of the vehicle. The two then sped away from the Deputy Sheriff,” states Sheriff Dougherty in the press release. “The Deputy Sheriff began pursuing the vehicle along with Deputy Michael Miller. The vehicle traveled from Main Street in the Town of York, through Caledonia and into Monroe County. The pursuit last over thirty five minutes and ended in the City of Rochester.”

Sheriff Deputies teamed up with the City of Rochester Police department where they continued to follow as they zig-zagged their way through the city of Rochester.

“The pursuit ended when Jason Torregrossa rear ended another vehicle on Hollenbeck Street in the City of Rochester (no injuries reported from rear end collision). Jason Torregrossa then fled on foot but Deputy Miller and Deputy Herkimer gave chase, successfully apprehending Torregrossa following another taser deployment. Torregrossa had in his hands a hypodermic needle and a rubber tie off, ” stated Dougherty.

Amber Torregrossa was arrested and charged with felony Facilitating Aggravated Unlicensed Operation of a Motor Vehicle in the 1st degree (allowing him to drive the vehicle knowing he had a suspended license) and Obstructing Governmental Administration in the 2nd degree.

Jason Torregrossa was arrested and charged with felony Aggravated Unlicensed Operation of a Motor Vehicle in the 1st degree as his driving privileges had been suspended or revoked thirty four (34) times, Unlawful Fleeing a Police Officer in a Motor Vehicle in the 3rd degree, Reckless Endangerment in the 2nd degree, Resisting Arrest, Reckless Driving, along with numerous violations of the Vehicle and Traffic Law through the Towns of York and Caledonia.