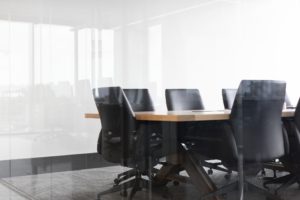 Town boards in Livingston, Monroe and Ontario, Steubeen, Wayne and other  Counties are moving to a digital model, in response to the New York State coronavirus directive not to have gatherings of more than 10 people.

Town board meetings in New York State have been open to the public, allowing attendance by the public guaranteed as a result of the early-1970’s New York open meetings law.  But parts of the State’s open meetings law have been suspended by Governor Andrew Cuomo for the duration of the coronavirus pandemic, so that in-person attendance and large gatherings can be prohibited. With business still needing to be conducted, many towns have moved to a tech format which still allows people to hear (and in some cases see) the meetings on their computers or phones, as the meetings are being held. Even the board members don’t gather at the town hall, but instead televise and participate in town board meetings from their own individual homes or offices.

In Livingston County, Conesus, Lima, and Geneseo were among the first to hold their board meetings by Zoom, but many other towns have recently joined that trend.   The Livingston County Board of Supervisors also holds meetings Thursday afternoons by Zoom.

The Zoom app has been commonly used by businesses holding closed meetings with their employees.  But opening meetings to the general public brought about some problems for Zoom who recently updated their app so that what happened in upstate Esopus, NY won’t happen again.  At that Esopus board meeting, opened to the public by the town board members via Zoom, some unidentified masked members of the public interrupted a board meeting and started making racially-charged rants and intermittently flashed inappropriate signs and hate group websites to their cameras, for all at the meeting to see. At the time, the host had no way to shut the cameras and microphones off on individuals in a quick way, a situation which seldom would have occurred at a small business meeting of bosses and employees who could have been immediately identified and/or terminated for irregularities of that kind.

Since that Esopus meeting, Zoom has updated its software to include safeguards for the host to control cameras and audio more easily and quickly, especially with large public groups. Passwords into the meeting (in exchange for identifying information) are also given. In the case of Esopus, the meeting was recorded, and the recordings turned over to the FBI, for hate crime charges to be filed. Some online classrooms have also been “Zoombombed” with profanities and flashing of swastikas. Since those incidents, Zoom has made several updates to the software to avoid such situations.

The Zoom app now allows the host to “bounce” someone out of a meeting immediately, shutting off their camera and microphone. However, some hosts are opting to just use the audio portion of Zoom, since a large meeting requires multiple screens to scroll through to survey for on camera irregularities. Other people may not have or want to use their web cameras and prefer to use phones rather than be on camera. By state law, all meetings must be transcribed or recorded, and minutes taken.  The law requiring the minutes to be ready for the public within 2 weeks of a meeting have not been relaxed, even though most offices are short-staffed during the coronavirus outbreak.

For those wishing to “attend” their town board meeting via phone or computer, go to the town website for directions.  Most towns require you well in advance of a meeting to e-mail the town with e-mail, phone, or other identifying information, and then a town official will e-mail you back a meeting number and password to join a particular meeting. (Some are changing passwords for each meeting.)   It is best to log on about five or ten minutes before the meeting starts, to make sure you have audio (and possibly visual, if allowed), and to text or e-mail the host if there is a problem.  (Generally, the host is participating in the meeting, and will not be able to “fix problems” with audience members not being able to get on after the meeting starts.)   Most meetings start with audience members’ microphones shut off by the host to eliminate background noises from all the locations from which participants are telecasting, but you will be able to hear what is going on.  If there is an audience participation part of the meeting (for instance, during a public hearing), the host can allow audience members to turn microphones on to address the other board members or participants at the meeting.