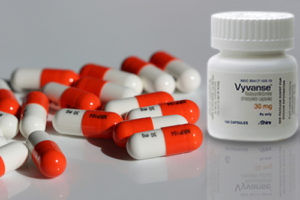 GENESEO – The Geneseo Police Department arrested two teenagers for allegedly stealing a controlled substance from a person they knew in Geneseo.

According to Geneseo Police Chief Eric Osganian, a 19-year-old and a 17-year-old were arrested for misdemeanor Criminal Possession of a Controlled Substance and misdemeanor Petit Larceny. The GeneseeSun.com is witholding their names because they may be treated as Youthful Offenders in court and have their records sealed.

Allegedly, both stole Vyvance pills, a controlled substance, from an apartment on Meadow Drive.

Other Schedule 2 drugs include Vicodin, Adderall, Hydrocodone, OxyContin, and Ritalin.

Both individuals are scheduled to appear in Geneseo Village Court at a later date.