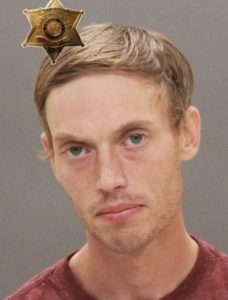 Sheriff Thomas J. Dougherty reports the arrest of a Livonia NY resident on Driving  While Ability Impaired by Drug charges after a traffic stop.

On October 14, 2020 at approximately 6:00 pm, Sheriff’s Deputies were dispatched to Perry Road to  check on a person who appeared to be intoxicated and working on a vehicle on the side of the road.

Deputy Matthew Thomas arrived in the area and located the vehicle in question. The operator was  attempting to drive the vehicle but the vehicle was in a ditch. The Deputy Sheriff initiated a traffic stop  and identified the driver as 29 year old Nicholas M. Schrader.

The Deputy Sheriff suspected that Schrader was under the influence of drugs and conducted a  roadside DWAI investigation which included the performance of standardized field sobriety tests. At  the conclusion of the roadside investigation, Schrader was taken into custody for DWAI. Deputies  also found several empty prescription pill bottles in the vehicle.

Schrader was then transported to the Sheriff’s Office sub-station in Lakeville where Sergeant James  Merrick, who is a certified Drug Recognition Expert (DRE), performed an evaluation. It was the  Sergeant’s expert opinion that Schrader was under the influence of a narcotic analgesic and could not  operate a vehicle in a safe manner. A urine sample was also collected and will be analyzed at a  forensic lab.

Schrader was arrested and charged with Driving While Ability Impaired by Drugs.

Schrader was turned over to Central Booking Deputies at the Livingston County Jail for processing  and issued an appearance ticket as the offenses did not qualify for pre-arraignment detention under  the NYS Justice Reform Act.