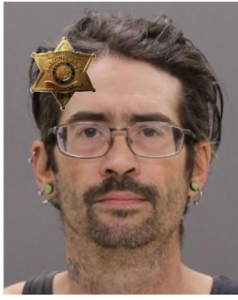 Sheriff Thomas J. Dougherty reports the arrest of a Livonia resident on felony and misdemeanor charges following a crash investigation by the Sheriff’s Office.

On October 19th, 2022, at approximately 10:00 pm, Deputy Dylan Bowser, assigned to the Sheriff’s STOP DWI Unit, responded to Interstate 390 in the Town of Avon after receiving a report of a motor vehicle that went off the roadway.

Deputies arrived and located the vehicle, which was still occupied by the operator, who was later identified as Joshua R  Stein, age 39 of Livonia.

Stein was transported by ambulance to Strong Memorial Hospital for further evaluation. Deputies did suspect Stein of  being under the influence of drugs and also responded to the hospital to continue the investigation. A blood sample was  secured to be sent to a lab for analysis.

A search of the vehicle on scene yielded drug paraphernalia, as well as substances which later field tested positive for  cocaine and fentanyl.

A records check also revealed that Joshua had a suspended driver license due to a pending DWI arrest.

On November 8th, 2022, the lab results of the blood sample were returned which showed Joshua had cocaine and  fentanyl in his blood at the time he was operating his vehicle when it went off the highway.

On November 13th 2022, Deputies made contact with Joshua at the Livingston County Sheriff’s Office Headquarters in  Geneseo where he was arrested and charged with Driving While Ability Impaired by Drugs, Driving While Ability  Impaired by Drugs – Combination of Drugs, Felony Aggravated Unlicensed Operation of a Motor Vehicle in the First  Degree, Criminal Possession of a controlled Substance in the Seventh Degree, Criminally Using Drug Paraphernalia in the  Second Degree, and additional violations of the NYS Vehicle and Traffic Law.

Joshua was transported and turned over to Central Booking Deputies at the Livingston County Jail for processing and  pre-arraignment detention. The District Attorney’s Office was contacted in regards to bail due to the felony level  charges. It was recommended that Joshua be released on an appearance ticket, as the charges do not qualify for bail  under the NYS Bail Reform.

Joshua was then processed at the Livingston County Jail on his charges, and Deputies did set him free with a future court  date provided.