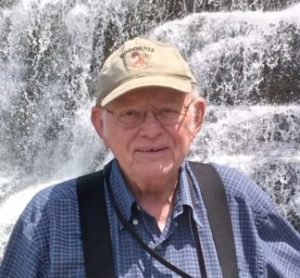 Mike was gloriously saved by his Savior, Jesus Christ, in 1966. This single event changed the whole direction of his life.  His life now belonged to Jesus and he lived every day to serve his Savior. A short time later he was called into the ministry as a missionary with New Tribes Mission in the jungles of Brazil until 1987.

Mike moved his family back to Honeoye, NY in 1985 where he was called to pastor his home church, Faith Bible Church, until 1992.  He then started New Hope Fellowship Church where he has led his congregation faithfully until his passing.  The countless number of lives he touched with his concern, mixed with humor,  is astounding.   He did this trusting God alone to use it for his glory.

No prior calling hours will be held.  A Memorial Service to Celebrate Mike’s Life will be held at 5pm on Friday, October 8th, at the Kevin W. Dougherty Funeral Home Inc., 21 Big Tree Street, Rte 15 & 20A, Livonia, NY.  Interment will be held privately.  In lieu of flowers memorial contributions may be made in his memory to the Livonia Ambulance, PO Box 8, Livonia, NY 14487.  To send a condolence or share a memory please visit:  www.doughertyfuneralhomes.com