LIVONIA — A local judge set bail for a woman who was arrested Sunday on her sixth DWI charge in 10 years.

According to a press release from Sheriff Thomas Dougherty, Sharon Davis, 54, is facing felony Aggravated DWI, felony DWI and Failure to Yield Right of Way, a violation.

On June 25 at approximately 7:10 p.m., Deputies were dispatched to Vitale Park for the report of a vehicle that had almost struck multiple vehicles when leaving the park. A witness allegedly said that the female operating the vehicle, later identified as Davis, was stumbling around the park and had urinated on herself. A witness further reported that the female attempted to get into three different vehicles before finding her own and ultimately leaving the park.

Deputy Clark Young, who is assigned to the Sheriff’s Office Marine Patrol Unit, observed the vehicle in question drive back into the parking lot. The Deputy Sheriff went on foot to the parking lot and was able to make contact with the driver Davis.

Deputy Matthew Thomas of the Sheriff’s STOP DWI Unit also arrived on scene and began a DWI investigation based on suspicions that Davis was operating while under the influence of alcohol. Following the investigation, Davis was placed in custody for Driving While Intoxicated.

Davis was taken to Central Booking at the Livingston County Jail where Deputy Chad Eaton administered a breathalyzer test to Davis, resulting in a 0.24 percent blood alcohol content.

A records check showed that Davis had previous DWI convictions within the past 10 years, making these DWI charges felonies.

That check also showed that Sharon had been arrested the day before by the Geneseo Police Department for felony Aggravated DWI.

Davis was processed by Central Booking Deputies and held on pre-arraignment detention. The District Attorney’s Office recommended bail be set at $10,000 cash or $20,000 bond.

Livonia Justice Robert Lemen arraigned Davis and ordered her held at the Livingston County Jail on $5,000 cash or $10,000 bond. 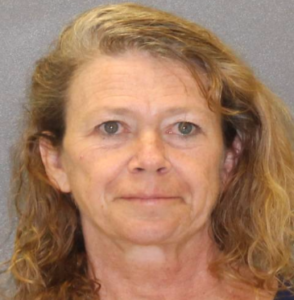