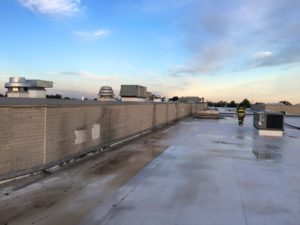 LIVONIA – Livonia high schoolers will still be going to class Friday morning despite a fire that broke out in an air conditioning unit.

Early Friday morning, emergency personnel responded to the school for an automatic alarm.

Firefighters at the scene reported smoke in a classroom and upgraded the assignment to a structure fire response.

After an investigation, it was found that there was a burned out motor on an air conditioning unit that was causing a smoke condition inside the building.

The Livonia Fire Department posted to Facebook that there will be no delay to school functions today.

Firefighters with the Livonia, Lakeville, and Hemlock Fire Departments responded to the scene alongside ambulance crews, the Livingston County Sheriff’s Office, Livingston County Office of Emergency Management, and NYS Police.