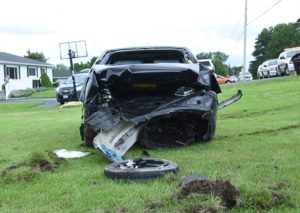 According to first responders on scene, the black vehicle was stopped in the northbound lane of South Livonia Road to turn into a driveway when the red vehicle collided with its rear without braking at about 10 a.m.

The female driver will be ticketed for Following Too Closely, a violation. Investigating Deputies do not allege that any criminal activity was a factor in the crash.

As of 10:55 a.m., traffic is closed on South Livonia Road at Vanzandt Road and Shelly Road.

Firefighters with the Livonia Fire Department responded to the scene alongside Livonia EMS. The Livingston County Sheriff’s Office investigated. 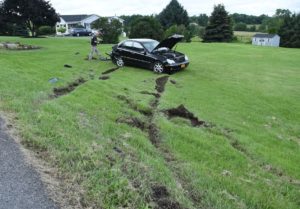 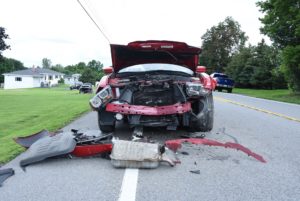