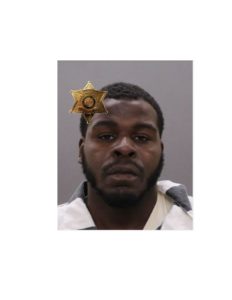 On September 8, 2022, Deputy Jerry Pilkenton was assigned to the Sheriff’s Office Operation Safe Interstate when he conducted a traffic stop on Interstate 390, in the Town of Avon, for violations of the NYS Vehicle and Traffic law.

The roadside investigation revealed that the operator, who was identified as 42-year-old Stephen R. Brongo of  Rochester, was operating the vehicle on a suspended license. Deputies also allege Brongo had a  quantity of crack cocaine.

During the roadside investigation, it is also alleged that Brongo’s passenger, 29-year-old Byron R. Davis, also of Rochester,  had approximately 1 ounce of Methamphetamine.

Bronco was arrested and charged with Criminal Possession of a Controlled Substance in the Seventh Degree, Aggravated  Unlicensed Operation of a Motor Vehicle in the Third Degree, and other violations of Vehicle and Traffic Law.  Bronco also had an active warrant for his arrest out of the Town of Greece.

Bronco was turned over to Central Booking Deputies at the Livingston County Jail for processing. The District Attorney’s  Office was contacted regarding bail due to the felony charges. It was recommended that Brongo be released as the costs were not a qualifier with NYS Bail Reform.

Davis was also turned over to Central Booking Deputies at the Livingston County Jail for processing and pre-arraignment detention. The District Attorney’s Office was contacted regarding bail due to the felony charges. It was recommended that Davis be held without the possibility of bail due to having three previous felony convictions.

After processing, Brongo was issued an appearance ticket and turned over to the custody of the Greece Police  Department on the active arrest warrant.