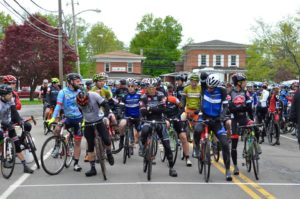 The three-race series sends racers over rough roads and terrain and attract both hardcore racers trying to win and casual bicycle enthusiasts just trying to finish the race.

“This year’s race saw a record-breaking participation with 192 racers,”  said Tony Sylor, Founder and President of the LCC and the Race Director of the Once Again Nut Butter race team.

The race is a culmination of a three-race series which finishes in Prattsburgh, NY. Organizers took results from each race and averaged them out to find the overall winners.

Sylor said that these races are unique because they have a lot of aspects of traditional racing jam packed into a 35 mile hilly, dirt road race. Most road races are typically longer and gravel races will be about 25 percent of the race actually takes place on gravel, dirt and minor roadway.

Where the LCC final race at Prattsburgh the race is about 75 percent of this race is over dirt, gravel, and seasonal road with an enormous amount of hills included in this race. This attracts a mixture of riders. These types of races are a crossbreed of mountain and road racing, where many racers are cyclocross or road racers trying to expand their horizon and conquer something new.

Josh Williams, General Manager and Co-Owner of the GeneseeSun.com, took part in the races and finished eighth in the Mudslinger three-part series. 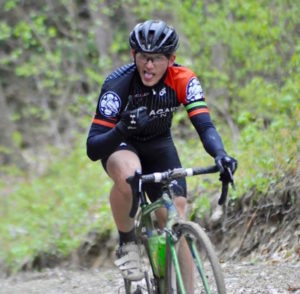