LIVINGSTON COUNTY – The NYS Department of Environmental Conservation’s annual announcement of waterfowl hunting dates says that the 2017-2018 duck season will open within a week of opening day last year.

According to a press release from the DEC, the duck season for the western region of New York State, which includes Livingston County, opens Oct. 28. The opening date in 2016-2017 was Oct. 22.

“New York takes great pride in using the best available science and input from hunters to establish the state’s annual waterfowl management seasons to provide hunting opportunities across the state from September to April,” DEC Commissioner Basil Seggos said. “I applaud the work of this team of volunteers and DEC biologists to establish these seasons in order to maximize opportunities for hunters and grow this economically important recreation.”

The DEC has a task force members that balances the competing interests of hunters pursuing New York’s diverse waterfowl species decides optimal seasons to decide an optimal hunting season. Anyone interested can see all waterfowl season dates and regulations on the DEC’s website here. Waterfowl hunting zone descriptions and boundaries are available here.

Duck hunting seasons technically begin earlier than this with designated ‘youth waterfowl hunts’ across the state. These hunts allow youth hunters to spend time afield with experienced adult hunters and gain necessary knowledge and skills to become safe and responsible members of the hunting community. Junior hunters 12 to 15 years of age accompanied by a licensed adult hunter with up-to-date Harvest Information Program registration and a duck stamp may participate. During the youth hunt, the adult hunter may not possess a firearm or shoot any birds unless the respective regular season is open. The daily bag limit for ducks and brant (goose) during youth hunts is the same as during the regular season, with the exception that three geese per day may be taken in all zones. Livingston County’s Youth Hunt is Oct. 14 and 15.

The most notable waterfowl hunting regulation change is the bag limit. After more than 30 years of a one-bird daily bag limit for American black ducks, hunters in New York will have the opportunity to take two birds per day. Improved biological data combined with declining hunter numbers and black duck harvest, suggests black ducks can sustain additional harvest pressure without negatively impacting the overall population. More information on the change and a list of frequently asked questions can be found here.

September Canada goose seasons begin on Sept. 1 across upstate New York. Resident geese remain abundant in many areas of the state with an estimated population of approximately 240,000 birds statewide. Migratory populations that pass through New York were estimated to be similar to recent years. Hunters are reminded that Canada goose seasons are set for different geographic areas of the state than other waterfowl seasons, and should review maps and season dates carefully here. Canada goose season dates and bag limits in most areas are similar to last year.

In addition to the regular hunting seasons in each zone, a special conservation season for snow geese will be open in upstate New York from Jan. 16 to April 15. These birds have become so abundant that they are causing harm to wetland habitats throughout their range. Special seasons have been established in many eastern states and provinces to increase hunter harvest and help reduce this population. The daily limit for snow geese is 25 per day. Electronic calls and shotguns capable of holding more than three shells may be used to take snow geese at any time when other waterfowl hunting seasons are closed. 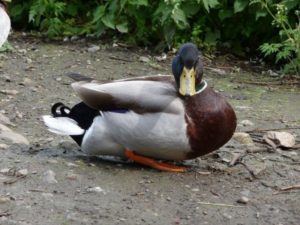