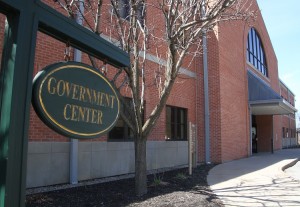 LIVINGSTON COUNTY – Livingston County will no longer fund school resource officer (SRO) programs at local schools who use village police departments, saying that it is unfair for some schools to receive county funding to use local police and some to pay the county to use a Deputy Sheriff.

The county’s contract to reimburse four schools for their SRO programs with village police ends in June 2017. York, Livonia, Dansville and Keshequa each employ one Livingston County Deputy Sheriff and pay about $70,000 to the county per year for this. Cal-Mum, Avon, Mount Morris and Geneseo, however, receive $25,000 apiece from the county to help pay a member of their village police department (PD) a similar salary as an SRO.

“We’re very clear that this is not about getting deputies in schools,” said Coyle. “It’s not about that. We’re just saying that it’s hard for us to justify it from an equity perspective, how we’re giving four school districts $25,000 for a police officer at a municipal level. When a school superintendent asks ‘where’s my $25,000 contribution,’ I don’t know how to respond to that.”

Human Services Committee Member, Livonia Town Supervisor and Chairman of the Livingston County Board of Supervisors Eric Gott said that a Deputy in a school is also a benefit to the county as they can be used for other police work during school breaks and holidays.

No change will result at York, Livonia, Dansville and Keshequa.

“I am a big proponent of the SRO program and I am not taking Deputies out of the schools we serve,” said Livingston County Sheriff Thomas Dougherty.

“The county is actually paying those school districts which are using the village PD, but we’re not getting the use of that deputy for county use when they’re not at school,” said Gott. “We get $71,000 from other school districts, but we get that Deputy on Christmas vacation, Thanksgiving, summer vacation to work fairs, work events, and work the road, so that’s where it’s a value for the county to participate and pick up the additional cost. I’m not sure that the equity is there. Keshequa isn’t getting a check for 25 grand, Livonia’s not, and Geneseo is going to use village PD.”

At committee, Avon Town Supervisor David LeFeber gave his opinion that the county does not have to stop funding SRO programs to resolve the fairness issue.

County Administrator Ian Coyle agreed that there are other options, but his recommendation is to discontinue funding.

“The county could do nothing, give all school districts $25,000, or, and what I am recommending, is that we let the SRO funding go,” said Coyle. “Cal-Mum and Avon have been given two-plus years to figure out the $25,000. All four schools were informed that in 2017 the program was going to end.”

Mount Morris, Geneseo, Avon and Cal-Mum schools will meet with their respective municipal officials in the coming months to discuss how to handle the extra cost.

Cal-Mum Superintendent Robert Molisani said that he hopes the county will reconsider.

“I have to tell you, we are so fortunate to have the Caledonia Police Department and it has been a pleasure to work with them, not only as a safety resource but for social and emotional support for our students,” said Molisani. “That county funding is a powerful statement to our kids, saying ‘we care about you, we care about your safety.’ Hopefully in 20 years, SROs will not be necessary, but with the trends over the past 20 years in school violence I don’t see that happening. Public safety is a top priority here.”

Avon Superintendent Aaron Johnson said that he is hopeful that the school, village and town can come to an agreement to absorb the cost and keep their SRO, Avon Police Officer Matthew McFadden.

“Our School Resource Officer is a part of our school, a benefit to families in both the village and the town, both of which are part of the county,” said Johnson. “He has built a strong relationship with the school community that hopefully impacts the behavior and judgmental development of our students into adulthood. It would be a hardship to lose him. $25,000 is more than a third of the $62,400 that can come to the school due to tax levy increases, and a starting teacher’s salary is $37 to $38,000. I am hopeful that the Village, Town and School will be able to split this cost three ways.”

Avon’s Mayor Tom Freeman and Police Chief Gary Benedict echoed that they would like to continue their SRO program.

“Those kids just love Matt. They run down the hall and hug him and say ‘Hi, Officer Matt!,'” said Benedict. “Those are things that you’re never going to get back if the program goes away.”